The Turnaway Study is ANSIRH’s prospective longitudinal study examining the effects of unwanted pregnancy on women’s lives. The major aim of the study is to describe the mental health, physical health, and socioeconomic consequences of receiving an abortion compared to carrying an unwanted pregnancy to term. The main finding of The Turnaway Study is that receiving an abortion does not harm the health and wellbeing of women, but in fact, being denied an abortion results in worse financial, health and family outcomes. Highlighted resources include:

Before the Turnaway Study, there was little quality research on the physical and social consequences of unwanted pregnancy for women. Most of the research that did exist focused on whether abortion causes mental health problems such as depression and post-traumatic stress disorder, or alcohol and drug use. That body of work often used inappropriate comparisons groups—comparing, for example, women who obtain abortions with those who continue their pregnancies to term by choice—and used retrospective designs that depended on women’s reporting of pregnancies and abortions in hindsight. Such comparisons are inherently biased and paint a distorted picture of life following an elective abortion or pregnancy continuation.

ANSIRH has published more than fifty scientific papers in peer-reviewed journals using data from the Turnaway Study. Our annotated bibliography provides a complete list of publications. Issue briefs on the mental health and socioeconomic consequences of having an abortion versus carrying an unwanted pregnancy to term are also available in Spanish (salud mental and resultados socioeconómicos).

The Turnaway Study team of scientists from The University of California San Francisco have also created a lecture series which examine the consequences of receiving versus being denied an abortion in the United States, found here. 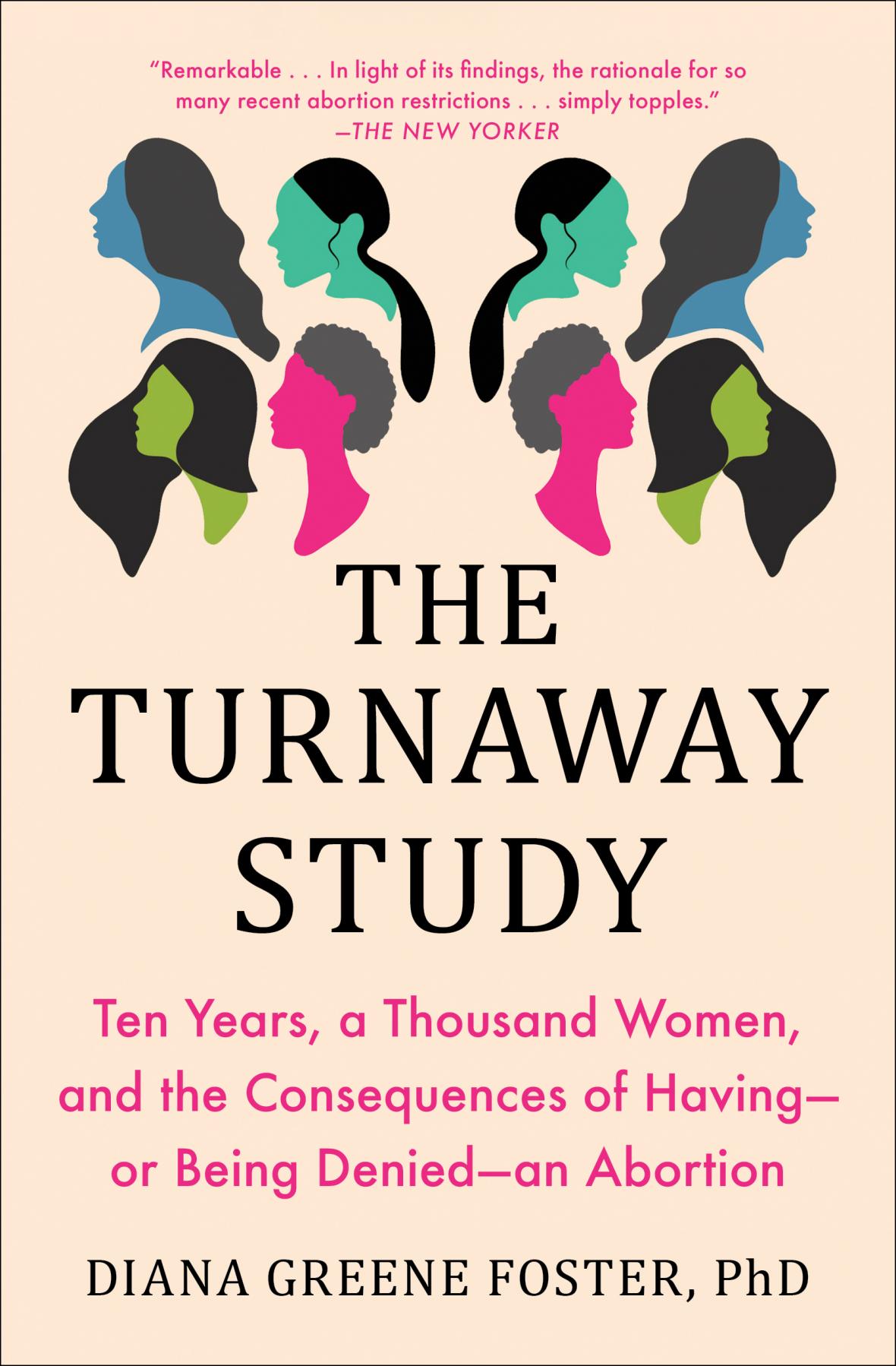 Findings of the Turnaway Study, the largest study to examine women’s experiences with abortion and unwanted pregnancy in the United States—have also been collected and described in a new book The Turnaway Study: Ten Years, A Thousand Women, and the Consequences of Having - or Being Denied - an Abortion, available now in bookstores and online. A factsheet on the Turnaway Study's findings can also be found here.

The study finds that many of the common claims about the detrimental effects on women’s health of having an abortion are not supported by evidence. For example, women who have an abortion are not more likely than those denied the procedure to have depression, anxiety, or suicidal ideation. We find that 95% of women report that having the abortion was the right decision for them over five years after the procedure.

In addition, women denied abortion are:

From 2008 to 2010, we recruited from 30 abortion facilities around the country—from Maine to Washington, Texas to Minnesota—to select about 1,000 women who sought abortions, some who received abortions because they presented for care under the gestational limit of the clinic and some who were “turned away” and carried to term because they were past the gestational limit.

Research assistants interviewed participants by phone over a period of five years, ending in January 2016. The interviews were wide-ranging, covering topics from physical and mental health to employment and educational attainment to relationship status and contraceptive use to emotions about pregnancy and abortion. We conducted nearly 8,000 interviews over the course of the project, and the stories that women shared with us about their lives are fascinating.

Participants were interviewed every six months about their mental and physical health, education, employment, economic situation, social support, and family relationships. In order to address the issue of appropriate comparison groups, the women we recruited fell into three categories:

We recruited the first trimester group to enable us to compare the outcomes of women who receive later abortions to those of women who obtain abortions early in pregnancy, since the vast majority of abortions in the United States occur in the first trimester.  Women who were seeking abortion care for a fetal abnormality or demise were not eligible for the study. More information about recruitment for the Turnaway Study can be found here. In addition, the New York Times Magazine published an excellent piece on the study in June 2013.

As women’s access to abortion care—whether in the first or second trimester—becomes increasingly restricted, it is extremely important to document the effect of unwanted pregnancy, abortion, and childbearing on women and their families. The Turnaway Study is an effort to capture women’s stories, understand the role of abortion and childbearing in their lives, and contribute to the ongoing public policy debate on the mental health and life-course consequences of abortion and unwanted childbearing for women and families.

The success of the Turnaway Study inspired ANSIRH researchers to collaborate with colleagues around the world to launch the Global Turnaway Studies, designed to adapt the innovative study design for use in different cultural, legal and socioeconomic contexts.

Factsheet: The Harms of Denying a Woman a Wanted Abortion
The economic consequences of being denied an abortion
Emotions over five years after denial of abortion in the United States: Contextualizing the effects of abortion denial on women's health and lives
Perceived abortion stigma and psychological well-being over five years after receiving or being denied an abortion
Changes in Alcohol, Tobacco, and Other Drug Use Over Five Years After Receiving Versus Being Denied a Pregnancy Termination
Self-reported Physical Health of Women Who Did and Did Not Terminate Pregnancy After Seeking Abortion Services
A Prospective Cohort Study of the Effect of Receiving versus Being Denied an Abortion on Educational Attainment
Subsequent Unintended Pregnancy Among US Women Who Receive or Are Denied a Wanted Abortion
Comparison of Health, Development, Maternal Bonding, and Poverty Among Children Born After Denial of Abortion vs After Pregnancies Subsequent to an Abortion
Effects of Carrying an Unwanted Pregnancy to Term on Women's Existing Children