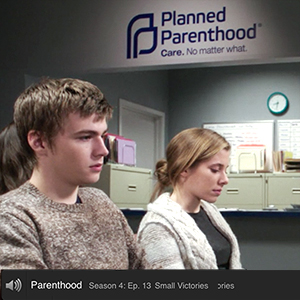 ANSIRH’s Abortion Onscreen project found that abortion complications are much more common TV than in real life. TV also exaggerates not only the frequency but the severity of such complications, portraying them as extreme, life-threatening, and contributing to adverse outcomes such as infertility, depression, and death. In real life, such outcomes are extremely rare.

This analysis identified 80 television plot lines from 2005 through 2016 in which a character obtained an abortion. In this sample, 42.5 percent of plot lines included a complication, intervention, or major health consequence with five percent resulting in death. In real life, complications, which are usually minor, occur in only 2.1 percent of all abortions. The real mortality rate for abortion is also incredibly low, at just 0.00073 percent nationwide.

Part of the risk in television abortions can be attributed to dangerous abortions in illegal settings. However, complications from abortion are exaggerated compared to real life for both illegal and legal settings.

Visit the Contraception website for more on this study.