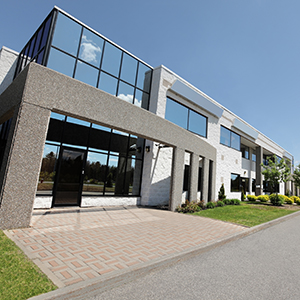 There are more than 2,500 anti-abortion pregnancy resource centers in the United States. These centers, which are mostly run by evangelical Christian groups, have faced criticism for spreading scientific misinformation and inappropriately interfering with women’s reproductive decision-making. For this study, we interviewed women who had visited pregnancy resource centers about their reasons for going and what their experiences had been like. We found that pregnancy resource centers can meet the needs of some low-income women who want to continue their pregnancies, a population healthcare providers don’t always support in their reproductive desires. However, the services and goods the centers provide are often limited and contingent on women’s participation in center activities.

We interviewed women in southern Louisiana and Baltimore who sought care at prenatal clinics after visiting a pregnancy resource center. Most of the 21 women who completed in-depth phone interviews were low-income individuals who had not been considering abortions when they visited a pregnancy resource center. They told us that they visited these centers not because they wanted an abortion but, instead, to obtain no-cost pregnancy-related services, material goods, and social support. All the respondents were deeply concerned about their ability to materially provide for a new baby.

The women were largely satisfied with their experiences at pregnancy resource centers. However, the services and goods they were able to access there were limited. The centers commonly required women to complete counseling or classes, sometimes with religious components, to earn “tickets” or “points” that they could then exchange for material goods. The quality of these goods varied across centers. Several women described receiving prenatal vitamins, but few other concrete items: a quilt, a water bottle containing peppermints, a baby bib set with a bottle cleaner, lotions, baby clothing. Some respondents said that they were unable to return to the centers to “earn” these goods because they didn’t have access to transportation; others missed work because they wanted to keep their appointments at the center. And although some women said they’d appreciated the emotional support the centers offered, that support was available only when they were pregnant.

Advocates and policymakers seeking to regulate pregnancy resource centers because of their potential to restrict reproductive choice should also consider the role they play in meeting some needs of low-income pregnant women who plan to continue their pregnancies. Women sought services and support from these centers because they could not afford to obtain those resources elsewhere. In turn, if they wanted the resources, the women had to follow the centers’ rules and practices. Our study’s findings suggest that pregnant women’s needs are not being met by health departments and social services programs, or that some women lack awareness of how to access these resources.

For more on this study, “Pregnant Women’s Reasons for and Experiences of Visiting Antiabortion Pregnancy Resource Centers,” visit Perspectives on Sexual and Reproductive Health.