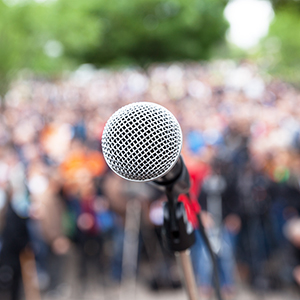 Abortion is common in the U.S., but remains highly stigmatized. In this study, we explored the experiences of people who shared their abortion stories publicly.

Through an anonymous online survey of abortion storytellers, we learned they have experienced high levels of harassment and threat. These experiences occurred both online (53%) and in “real life” (36%), and included being called offensive names, being physically threatened, and receiving death threats. Almost half (47%) reported that these negative experiences caused emotional stress, problems with loved ones, and difficulties at work or school. For example, respondents reporting being fired from their job or losing friends as a result of sharing their story publicly. These harms were reported even by the majority of respondents who used only a first name or alias when sharing their story; in fact, use of an alias made no statistically significant difference in reports of negative incidents compared to using their full real name. In some cases, negative experiences caused people to stop sharing their abortion stories entirely.

While modest in scope, this exploratory study provides an important step in documenting the experiences that result from public disclosure of abortion. More work is needed to explore the tradeoffs between the potential benefits of abortion storytelling efforts and the personal vulnerabilities such efforts may impose on an already marginalized group.

To learn more about the study, “Experiences of harassment and empowerment after sharing personal abortion stories publicly,” visit Contraception X.