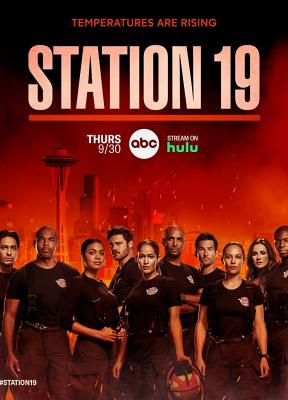 Travis offers to accompany Vic to her abortion, saying he'll be a great abortion doula, but she says Theo is going with her. At the hospital, while the clinician is performing a vaginal ultrasound, Vic sings showtunes, and the clinician shares that Vic is five and a half weeks pregnant. She explains that first Vic will take mifepristone, which stops the growth of the pregnancy.

After taking the pill, Vic jokingly asks Theo what wine he thinks pairs well with an abortion. The clinician returns and gives her four misoprostol pills to take "in a few hours," explains that they need to dissolve in her cheeks, and that it will cause her uterus to contract and shed "its lining and any contents." She compares it to a heavy period and says it will last a few days. Vic keeps suggesting that Theo go home, and he reiterates that he's done lots of reading about medication abortion and wants to be there to support her.

At home, Vic takes her first misoprostol pill, and Theo brings over her favorite foods. They quarrel about their relationship. When they're on a walk together, he discloses that his mother also had an abortion after his father died, and that because she was Catholic, she felt a lot of guilt and shame, and her sisters even stopped talking to her. Vic has a bad cramp and they go home. She's on the toilet in some pain and says it feels worse than a heavy period. She asks Theo to play some music and sing. He comforts her, saying what she's experiencing is normal. Later while snuggling in bed, they both say "I love you."

The Little Things You Do Together