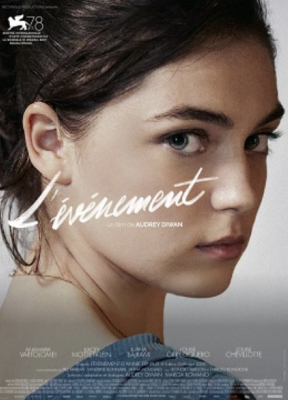 Based on the French novel of the same name, this movie follows Anne as she does everything she can to obtain an illegal abortion in 1960s France. She faces obstacles at every turn: her friends refuse to help her, a doctor offers her a drug that he alleges will terminate the pregnancy, but she later finds out it strengthens it, she unsuccessfully tries to induce an abortion with a wire. She eventually finds a reputable midwife to assist her with the abortion, but after two attempts, it still doesn't work. In a graphic scene at the end of the film, she expels the pregnancy and needs a friend to help her. She bleeds profusely and needs to go to the hospital, where the clinicians decide not to report her for having an abortion. Later, we see that she's back in school, able to pursue her education to become a teacher, as she'd hoped.